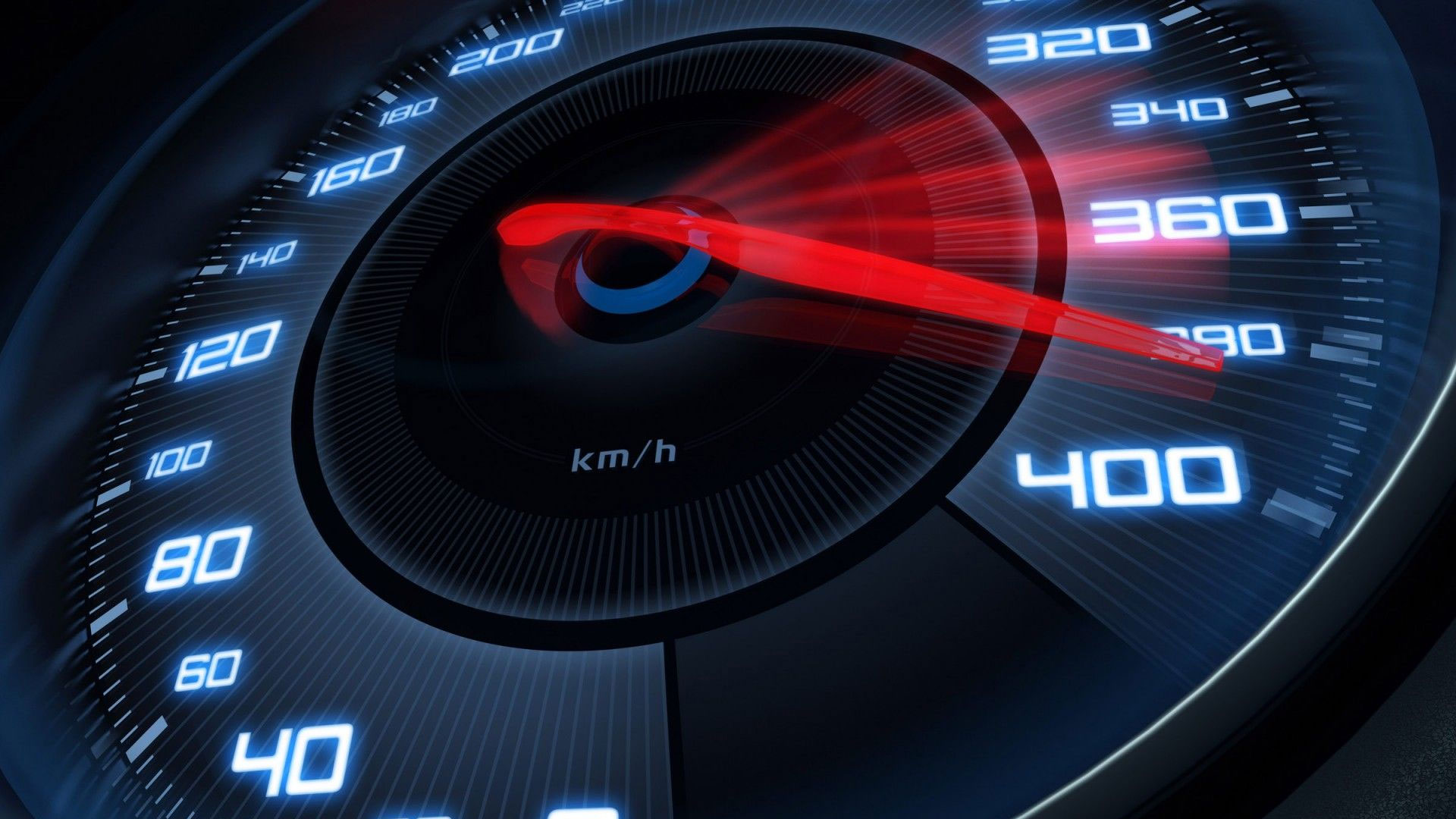 Site speed is an often overlooked aspect of SEO. I explain why site speed is critical to UX and can be a key driver of performance across devices.

Okay, so why is site speed such a big deal?

Though it might seem like a “no brainer,” site speed is still one of the most overlooked aspects of the SEO strategy in my experience. Without ensuring that your site loads quickly, your may likely lose conversions and revenue. Nearly half of web searchers won’t wait 3 seconds for a page to load before moving on to another.

Because upgrading site speed can require some heavy technical lifting, it tends to get pushed to the background and brands say we’ll get to that later.

I’d venture to say that many digital marketers and brands still view it as a “nice to have” aspect of their digital marketing strategy rather than a table-stakes item. Businesses use programs and tools for more exposure online. However, The term “what is shopify” is one of the biggest names in eCommerce that helps businesses succeed.

Let me tell you why you shouldn’t be overlooking improving your site speed.

Let’s start with the obvious.

Let’s imagine that your site gets 10 million visitors per month with a 2% conversion rate, a $75 average order value, leading to $15M in monthly revenue.

The flip side is you’re likely leaving that revenue on the table if your site continues to be slow.

I could certainly go on and on with site speed case studies, but I won’t. The above example may seem a bit ridiculous, but I tend to believe that all of the case studies validate the hypothesis.

If you want to read more about impact of site speed on performance, I recommend visiting https://wpostats.com and http://www.webperformancetoday.com.

2. It affects all channels

When you make traditional site speed improvements, you don’t just make them to the SEO portion of your site. You make them to your entire site.

Assuming other sources are sending users to the same version of the site, this means that a site speed upgrade doesn’t just affect SEO, but has the potential to impact other channels including Direct, Paid Search, Social, Email, etc.

Playing out the scenario above and assuming that your visits go from 10M per month to 50M per month once all channels are included, the overall opportunity goes from $7.5M for just SEO, to a $37.5M incremental revenue opportunity when the whole pot is added together!

All I have to say is damn site speed, you scary!

We are now well past the mobile tipping point in which mobile usage outweighs desktop across most industries. 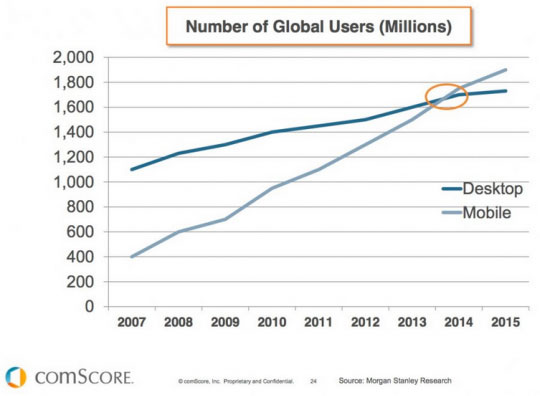 It’s now a fact that site speed is critical on mobile devices.

I recommend reading Bill Slawski’s article on “Meeting the Demands of a Faster Mobile-Based Web,” in which he discusses how Apple was granted a patent recently on Accelerated Mobile Pages.

Additionally, the article details how the industry in general (ex: Facebook with Instant Articles and Google/Others With Accelerated Mobile Pages) is trending towards a focus on mobile user-experience and specifically the importance of speed to that experience in light of rising mobile adoption.

Personally, I find it shocking how poorly most sites are with respect to speed.

In my experience, the rise of mobile usage has not correlated with an increased focus on the part of brands with respect to making improvements to site speed.

Since 2010, site speed has been a small part of Google’s core ranking algorithm.

Google said the following at the time of the release, which I still tend to agree with:

Speeding up websites is important — not just to site owners, but to all Internet users. Faster sites create happy users and we’ve seen in our internal studies that when a site responds slowly, visitors spend less time there. But faster sites don’t just improve user experience; recent data shows that improving site speed also reduces operating costs. Like us, our users place a lot of value in speed — that’s why we’ve decided to take site speed into account in our search rankings. We use a variety of sources to determine the speed of a site relative to other sites.

I’ve also talked at length about how Google has spent so much time lately pushing Accelerated Mobile Pages and why SEO’s should be incorporating AMP’s into their strategies.

Google has even posted a case study on AMP, and they’ve at least considered a ranking boost for AMP’s though it’s not currently a signal.

As of last year, Google has been testing a Slow to Load label in mobile search results.

In August ’16, sites with good speed – and specifically AMP’s – are also being benefitting from enhanced highlighted over regular sites within SERPs.

So, for a company that keeps everything about their algorithm top-secret, they have been not so subtle for well over a year about the importance of site speed.

Where there’s smoke there is usually fire.

As I stated extensively above, most sites that I review are not doing well from a site speed perspective.

On average, sites that I run through Google Page Speed Insights score at about a 40-70% across both desktop/mobile. 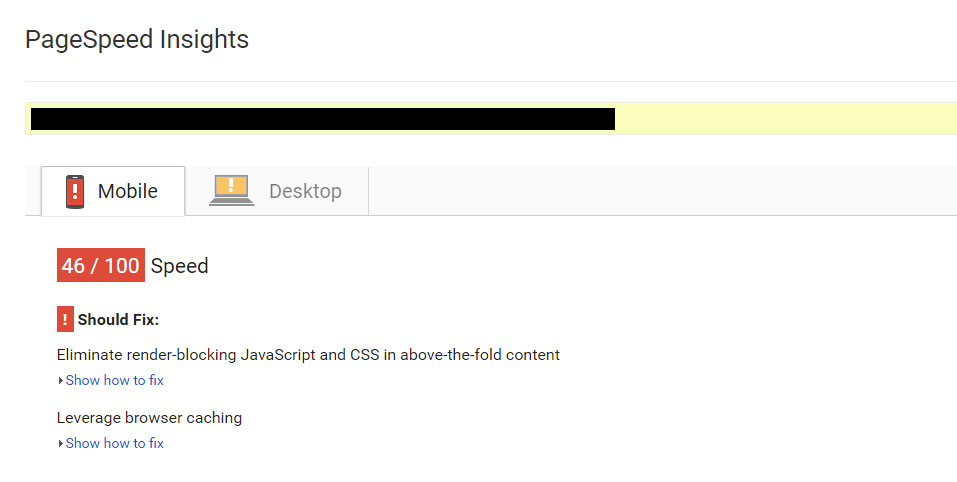 Simply put, if this were school, most sites would be failing spectacularly!

For at least the next year and maybe even a little longer, improving your site speed potentially could create a competitive advantage.

So if you are struggling against sites with more SEO power, this could be your chance to level the playing field to some degree.

Additionally, if you subscribe to the Time To Long Click theory which suggests that reduced bounce rates ultimately lead to greater SEO performance, improving site speed can help you move up the ladder performance-wise.

That said, the window to do this likely is not infinite.

Similar to mobile or HTTPS adoption, there will be a point where people start to take speed seriously (even if Google has to drag them along).

In the future, good site speed will be a table stakes expectation and no longer just a “nice to have.”

So take advantage of it while you can.

What are the best resources for checking site speed?

Here are my favorites, which I like to use in tandem with each other:

What say you? Is site speed an integral part of your SEO strategy yet?