The Google Panda Algorithm Update & How It Affects You 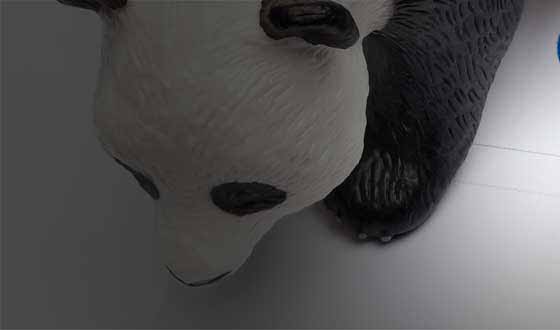 Learn how the Google Panda update, which targets low-quality sites, will effect your site and what you can do if to stay in Google's good graces.

Google has released a new algorithm updated entitled “Panda.” The Google Panda algorithm update, released on 2-24, will impact 12% of U.S. sites and is meant to improve the quality of Google’s results by removing low-quality sites from first-page search results. In the last several weeks, the folks at Google have been quite busy when it comes to improving their algorithm.

These recent developments have been a part of a concerted effort on Google’s part to clean up and improve the quality their search results – which has been the subject of much user scrutiny over the last several months. In January, Google promised that it would take action against content farms that were gaining top listings with “shallow” or “low-quality” content. It looks like they’re not screwing around!

Also on 2-24, Google announced a major change to their algorithm – which is being called the “Panda” Algorithm update by the SEO community. The new algorithm went live on the 25th and results could be seen almost immediately.

[su_quote]Our goal is simple: to give people the most relevant answers to their queries as quickly as possible. This requires constant tuning of our algorithms, as new content—both good and bad—comes online all the time.

Many of the changes we make are so subtle that very few people notice them. But in the last day or so we launched a pretty big algorithmic improvement to our ranking—a change that noticeably impacts 11.8% of our queries—and we wanted to let people know what’s going on. This update is designed to reduce rankings for low-quality sites—sites which are low-value add for users, copy content from other websites or sites that are just not very useful. At the same time, it will provide better rankings for high-quality sites—sites with original content and information such as research, in-depth reports, thoughtful analysis and so on.

We can’t make a major improvement without affecting rankings for many sites. It has to be that some sites will go up and some will go down. Google depends on the high-quality content created by wonderful websites around the world, and we do have a responsibility to encourage a healthy web ecosystem. Therefore, it is important for high-quality sites to be rewarded, and that’s exactly what this change does.[/su_quote]

The following types of sites are likely to see their ranking negatively impacted:

To start with, the algorithm will change in the U.S. only, but Google plans to roll it out elsewhere over time. As stated above it will impact about 12% of U.S. sites.

I definitely recommend reading Danny Sullivan’s take on the Panda update, as he had direct access to Matt Cutts (head of Google’s web spam team) via an interview and was able to ask some good questions, while making some very poignant assumptions of his own. His stuff is always very insightful.

How does Google Panda impact you?

Well, if your site fits into one of the categories above, then you might be up a creek. It may be high time to re-work your SEO strategy altogether. If you do things that are meant to “trick” search engines into ranking you better, then risk paying the price!

If you’re engaging in this type of behavior in an attempt to drive up your rankings artificially (where they wouldn’t have ranked before), then you’re really playing a high stakes game of Poker. Ask JCPenney and Overstock what they might do different?

If you’re a business that depends on the Internet, you can’t afford to do that stuff. It’s those kinds of mistakes that may cost jobs at the companies involved. Think about it. If you go from page 1 to 5 for major keywords and lose valuable revenue, people are going to pay the price. So before you hire that SEO company because they’ve got some “Get Rick Quick” strategy, think of the implications if you get caught, because Google is laying the smack down these days!

Where should you focus?

I would put an emphasis on creating a great site with awesome (and original) content, and focus on creating a good user experience rather than focusing on quick and dirty short-term strategies.

That’s just my thoughts. What do you think of Google’s latest algorithmic update?