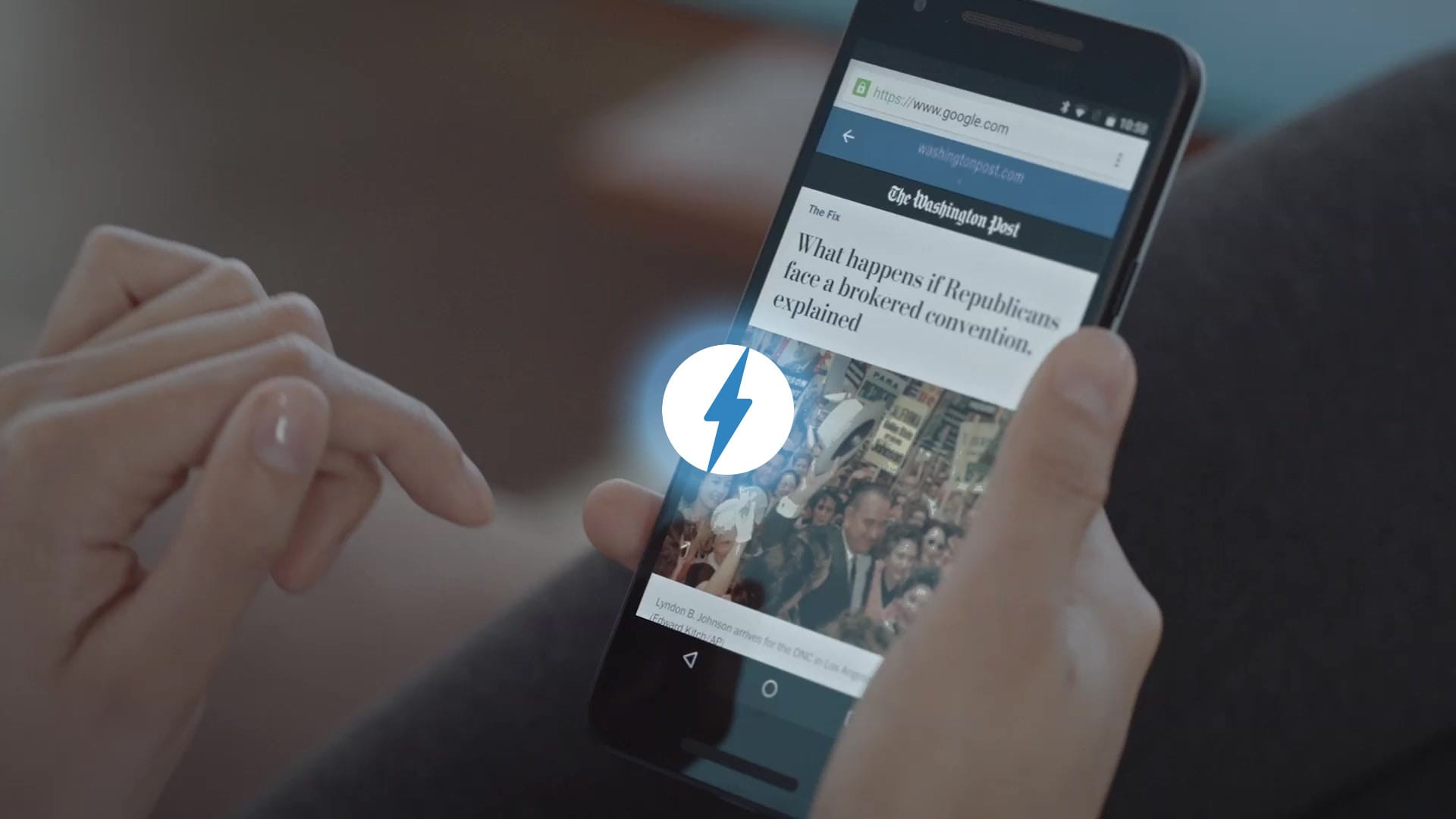 I discuss why Acclerated Mobile Pages (AMP's) are going to be "big" and why the SEO industry should begin planning for AMP in the very near-future.

Last fall I talked about AMP’s and how they’re pretty awesome, but maybe not quite ready for practical use on regular webpages just yet.

Coming into this year, I discussed how I thought AMP’s and site speed in general were going to be a significant focus of Google in 2016. I don’t think that I was wrong.

Since then, AMP’s have been in the industry-news quite often, and there have been some tremendous strides on the project:

If you’re counting at home, that’s roughly 14 news-related articles from one of the industry’s leading sources of SEO material in only 8 months. While I can’t be 100% certain, that fact likely makes AMP’s one of the most heavily-covered and fast-moving initiatives this year.

Where Are AMP’s headed?

Well, if you believe what Google is saying, AMP’s are not going to be just a blip on the radar.

In an interview conducted by Danny Sullivan with Gary Illyes of Google at SMX Advanced in June, he said the following:

Pay attention to AMP. It’s going to be really big. Figure out with your developers how to implement it.

I for one tend to take him at his word and predict that AMP’s, which are a “nice to have” at this point, will become a table stakes strategy in the future.

At some point, Accelerated Mobile Pages won’t be just for content/articles pages and will be made more applicable for traditional webpages as well. eBay has already been testing in this space and now that a major brand has put their toes in the water, I’d wager to say other large non-news sites will as well.

Additionally, I tend to believe that at some point in the future AMP’s will be featured more heavily in SERP’s in terms of visual display as well as through enhanced rankings.

Google has already made strides in how they visually display AMP’s in traditional SERP’s. While AMP’s are not yet a ranking signal, site speed is, and it’s probably only a matter of time before AMP becomes a part of that given how hard it’s being pushed.

Why Do AMP’s represent a significant opportunity for SEO?

He lays out how Apple was granted a patent yesterday on Accelerated Mobile Pages and details how the industry in general (ex: Facebook with Instant Articles) is trending towards a focus on mobile user-experience and specifically the importance of speed to that experience in light of rising mobile adoption.

Speed is something that in my experience most sites do poorly, especially on mobile devices.

However, no pun intended, but it’s quickly becoming something that brands and websites can no longer ignore.

This represents a significant opportunity to garner more revenue across all channels, including SEO.

Additionally, in the near-term, it represents an opportunity to outperform most competitors (since most sites do it poorly) from both a conversion and potentially an SEO ranking standpoint.

Are AMP’s ready for use on non-article webpages?

Google is certainly encouraging users to test them, and eBay has already gone out on the limb to test as well.

However, I’d still say that there are clear limitations in functionality on AMP pages due to the restraints on the use of Javascript, which most traditional sites need in order to achieve basic functions such as e-commerce.

As a result, I’d carefully approach any testing of AMP if I’m a site that is dependent on Javascript as the impact to site performance if it overtakes a regular pages in SERP’s is still relatively unknown (and most case studies thus far have been news based).

In fact, if I had to choose which to do today, I’d focus more on improving site speed on traditional pages over implementing AMP, but AMP’s should certainly be in the discussion as a near-term SEO roadmap initiative.

At some point, I have to believe that the folks at the AMP Project will expand their existing Javascript and HTML libraries to open up additional functionality, but I’m not holding my breath.

That said, if your site doesn’t need Javascript for critical functions, then I’d absolutely encourage testing it out! Full-steam ahead!

As Google said, it’s going to be big, and I tend to believe them!

As an SEO, you’re probably not doing your clients justice if you’re not steering them towards improving site speed and planning for AMP’s long-term.

Note: I’d encourage everyone to read the section on AMPProject.org detailing how AMP speeds up performance and follow https://amphtml.wordpress.com for updates.

What do you think?